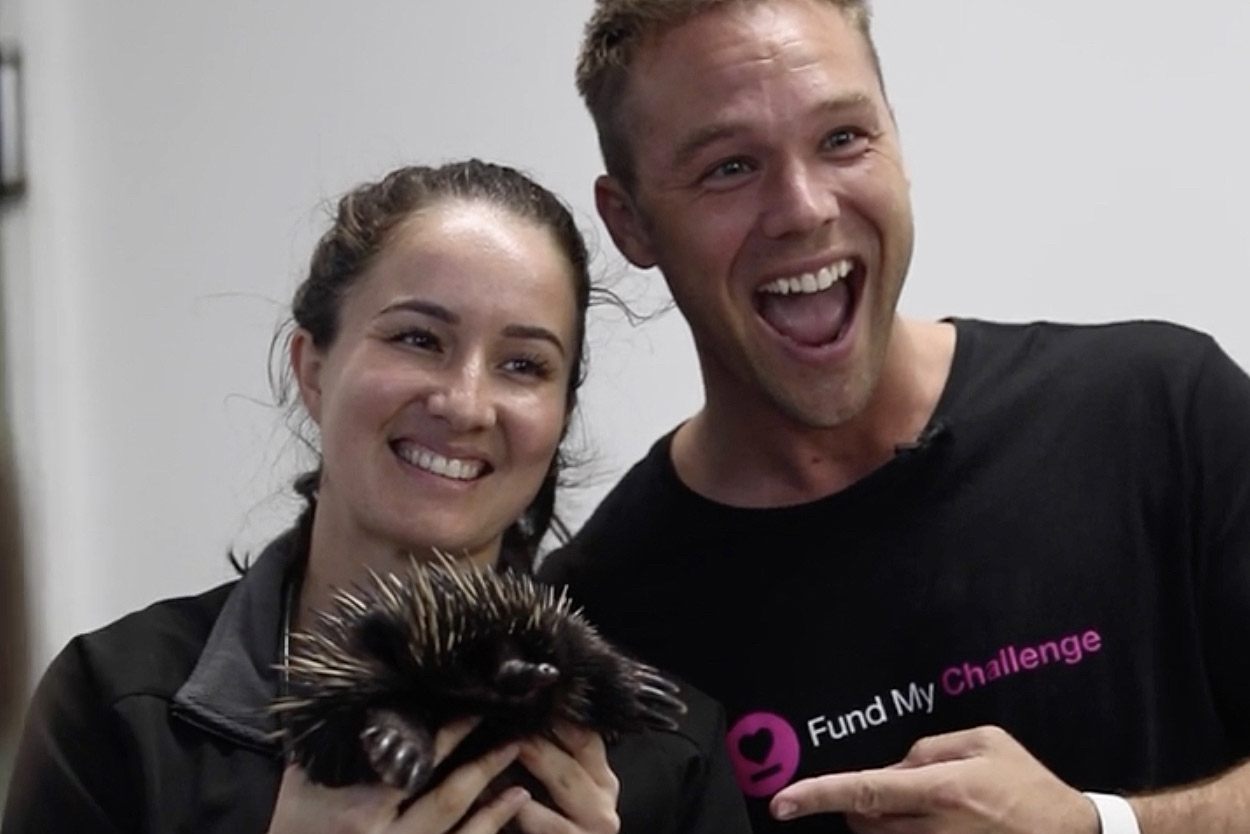 One of our very star ambassadors and Fund My Challenge co-founders, Lincoln Lewis, has embarked on his first challenge, walking 14,000 steps every day for the next six weeks in an effort to raise $50,000 for the Currumbin Wildlife Hospital.

The Gold Logie winning actor and presenter has been touched by the extraordinary work done by our friends at the Hospital well before his association with Fund My Challenge, having been an ambassador for the Hospital since early 2020.

When choosing a challenge, Lincoln says he thought about how many animals he could possibly help save, and how much it costs to provide the necessary care and treatment. It proved to be all the motivation he needs.“These are charities and causes that give back and impact those around them, whether that be family, friends or wildlife,” Lewis  said.

Lincoln’s taking his support to the next level, walking 14,000 steps, approximately 14km each day for six weeks to support the treatment, rehabilitation and release of 14,000 animals through the Currumbin Wildlife Hospital.

“They’ve been operating for the last 70 years, mostly off the back of donations from the community, and have such a continuous and unwavering passion for caring for all wildlife, great and small. It’s just so inspiring.

With the severe drought conditions and intensifying bushfires, the Currumbin Wildlife Hospital has seen around a 20% increase in admissions from in and around the fire zones, becoming one of the busiest wildlife hospitals in the world with over 12,000 patients and 273 different species admitted each year.

The services provided by the Hospital are free of charge to the community. As a not-for-profit, the Currumbin Wildlife Hospital receives no ongoing government funding and relies on the community’s generosity to support the hospital

Donations are crucial to help the hospital maintain the highest standard of treatment and rehabilitation provided to patients.

“We are an extremely small team that is trying to create global awareness, so we need to empower other organisations to go out there and spread awareness and fundraise on our behalf,” explained Currumbin Wildlife Hospital Social Media & Content Producer, Candice Dixon.

“For Fund My Challenge to choose Currumbin Wildlife Hospital as their Charity of Choice, it’s so imperative because it keeps the hospital running. It’s going to make such a difference and we are so grateful.”

The money Lincoln raises will go towards the much-needed treatment, rehabilitation and release of animals in need.

The average cost for a patient to receive treatment and rehabilitation at the Currumbin Wildlife Hospital is $90. That means for a donation of $100, you have personally facilitated the treatment, rehabilitation and release of an animal in need, and then some!

Unfortunately, some treatments are more expensive than others.

In 2020, the Currumbin Wildlife Hospital saw almost 13,800 animals, including over 600 koalas, admitted into the hospital. More than half of those koalas have chlamydia, the treatment and rehabilitation for which costs approximately $7,000.

“With the staggering amount of koalas they have coming in here, these guys need a lot of funding so I’m happy to be involved,” Lincoln said.

Lincoln will be posting live updates in the comments of his challenge video. To see the latest and greatest from Lincoln and to join our community of world changers, download the Fund My Challenge app on the Apple and Google Play stores now!