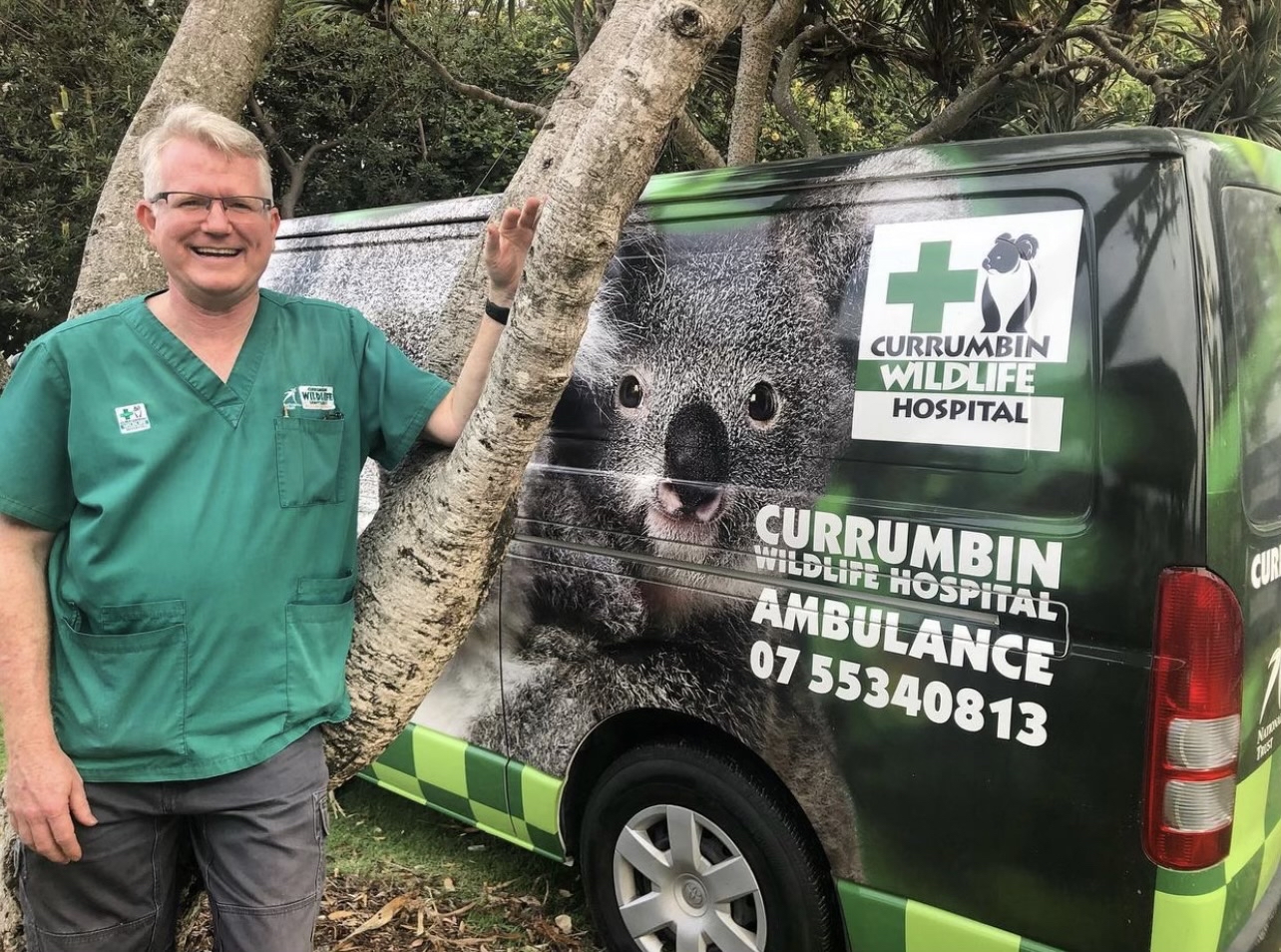 Fund My Challenge is working to raise $60,000 to purchase a Research Vehicle to support Currumbin Wildlife Hospital in their the ongoing effort to prevent the extinction of our iconic Koala species.

This dedicated rescue resource will help with tracking of vaccinated koalas in the critical research program being conducted in the Elanora Koala population.  The research vehicle will assist with ensuring the animals get the fastest possible attention and access to immediate emergency vet treatment.

As part of the leading research program the vehicle will be fitted out with tracking and catching equipment including graphite telescopic poles, koala traps (a fence around a tree to keep the koala safely contained) and motion sensors.

The special vehicle will be driven by an emergency rescue responder based at Currumbin Wildlife Hospital to improve rescue response capability.

ABOUT THE VACCINE PROGRAM

Currumbin Wildlife Hospital’s chlamydia vaccine research program is still in its early stages, and already we have been able to gather significant data to assist with the development of a vaccination strategy.  The ultimate goal is to develop a template for the use of chlamydial vaccination to reduce population incidence of chlamydial disease thereby increasing fertility rates and reversing population decline.

One year after the launch of the Koala Chlamydia Vaccine research trial, Currumbin Wildlife Hospital has a glimpse of hope for the future of the species. Cassidy, one of the Koalas participating in the research trial, is pregnant. Her joey will be the first baby born to a Koala in the trial.

“We are working to establish the level of vaccination required within the species to prevent the localised extinction of Koalas,” he said. “The research trial is based in the Elanora Koala population, as this is the most diseased population on the Gold Coast. 88% of these Koalas admitted to Currumbin Wildlife Hospital test positive for chlamydia.”

Currumbin Wildlife Hospital admitted almost 500 wild Koalas last year – 60% of these admissions were suffering from chlamydia, one of the leading contributors to the species’ dramatic population decline.

“It’s encouraging that Cassidy is pregnant and negative to chlamydia, not only for the research trial but for the entire Koala species,” said Michael. “It’s still very early stages and too early to say if the vaccine will be a long-term solution, however Cassidy is making us hopeful.”

Partnering with Queensland University of Technology’s Professor Kenneth Beagley, Currumbin Wildlife Hospital has administered the lifesaving chlamydia vaccine to 154 Koalas that have been released back into the wild.

“It’s fantastic news that the vaccine has protected Cassidy and that she is now pregnant with a joey, despite living in a population with a very high prevalence of chlamydia,” said Professor Beagley. “I do have cautious optimism for the future of the species. Hopefully, we can repeat this and see the Koala population increase over time.”

11 Koalas from the heavily diseased Elanora population have been vaccinated and released with GPS tracking collars as part of the research trial.

The goal is to capture and vaccinate a total of 30 Koalas in the Elanora area and track each one for three years, recapturing them every six months to test for chlamydia, general health, reproductive status, and vaccine immunity.

Professor Beagley said, “I look forward to continuing to assist Currumbin Wildlife Hospital in their efforts to vaccinate all Koalas prior to their release back into the wild.”

Currumbin Wildlife Hospital’s chlamydia vaccine research trial is still in its early stages and wouldn’t be possible without our principal partner The Neumann Family, along with Gold Coast Mayor Tom Tate, The City of Gold Coast, WildArk and Rotary.

This challenge has raised: