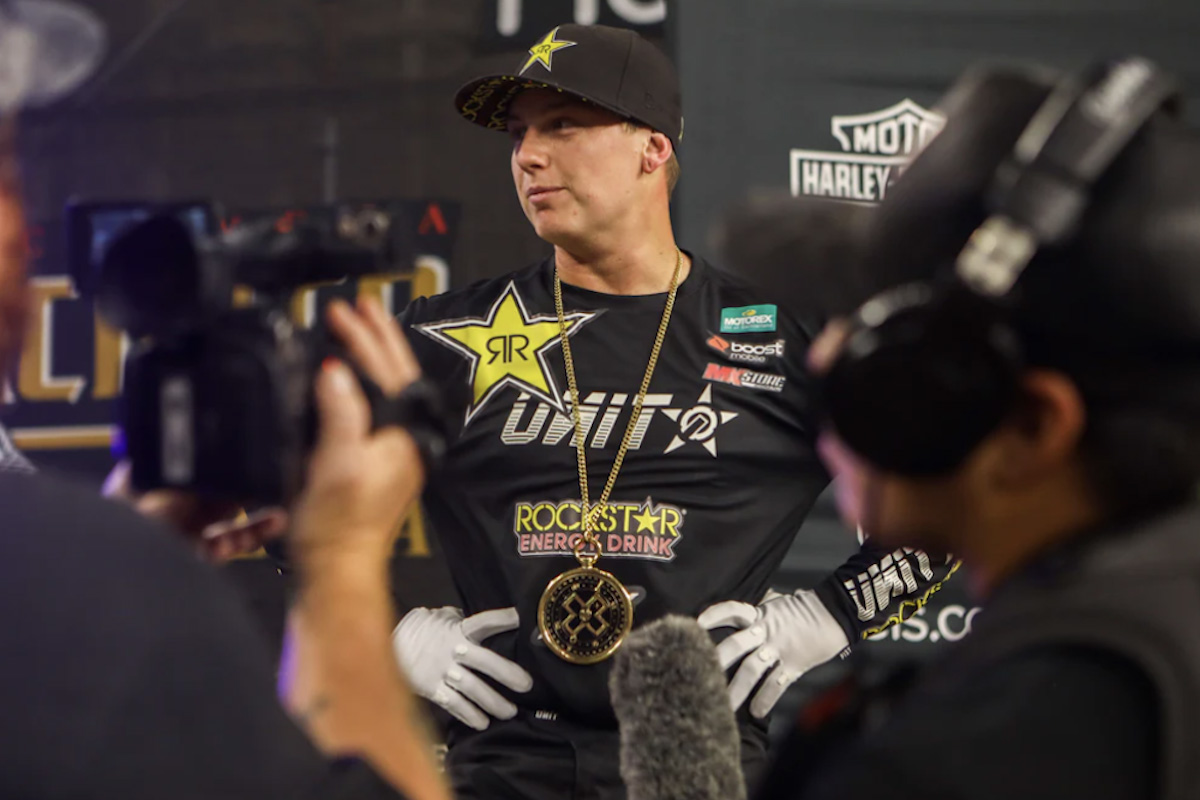 It’s No Rest for Breasts on Saturday the 13th of November as three-time X Games medallist (2 gold and 1 silver!) Corey Creed will be taking on a seven-hour, non-stop endurance ride challenge at MX Farm near Gympie.

The Nitro World Games Quarter Pipe Champion and record-breaker for the highest quarter pipe jump on a dirt bike hopes motocross enthusiasts from across the region will join him on track as he embarks on what will be a testing motocross challenge.

Corey is riding to raise awareness and funds for So Brave, Australia’s only young women’s breast cancer charity.

Sadly 1000 women aged between 20 and 39 years of age will be diagnosed with breast cancer this year. Having touched him and the families of close friends personally, Corey knows all too well how devastating a breast cancer diagnosis can be to both those affected, their loved ones and friends.

“My mum was diagnosed with breast cancer in 2007, so we went through it for a good five years until she went into remission,” Corey said.

“Many of my close mates’ mums were affected as well, so it’s been a big part of my life for the last 10 years or so.”

Women across regional Australia have a much tougher road when it comes to fighting and treating breast cancer with limited screening opportunities and often very little support once a diagnosis has been received. Corey is committed to ensuring the pathway and support mechanisms provided by organisations like So Brave are available to women right across the country.

“If we can raise funds or anything to make it easier for women to not have to deal with what I saw my mum go through, then I’m all for it,” he said.

Every donation to So Brave ensures support, connection, empowerment and advocacy. The organisation invests into promising research and vital support, whilst also working to change the conversation for young women in regard to self-examination and regular check-ups.

“With Fund My Challenge being partnered with So Brave, after I had a look at who they are and what they’re doing, it was easy to see why we should all be supporting them,” Corey said.

“They offer so much to so many women – it’s a really cool foundation.”

Regarding his seven-hour challenge, Corey says it will be nothing at all compared to the challenges many women in Australia face.

“Me riding seven hours straight on a motocross track is pretty unique – when we race or ride motocross, we’re usually only on for like 20 minutes at the most,” he said.

“That being said, seven hours will feel like seven minutes compared to what some women have had to go through, so I think we’ll get through it relatively easily and it should be fun!”

The No Rest for Breasts event is set to be an action-packed weekend with a number of activities on and off the track from airtime shows, kids and minibike races, food, raffles and more!

“I’ve taken up my airbag show, so it will be the first time in the country moto quarter pipe is showed at an event,” Corey said.

“It’s going to be a phenomenal event from morning to night.”

To purchase tickets to this epic challenge – to watch or ride laps with Corey Creed – go to:

To donate to this challenge and charity please go to: